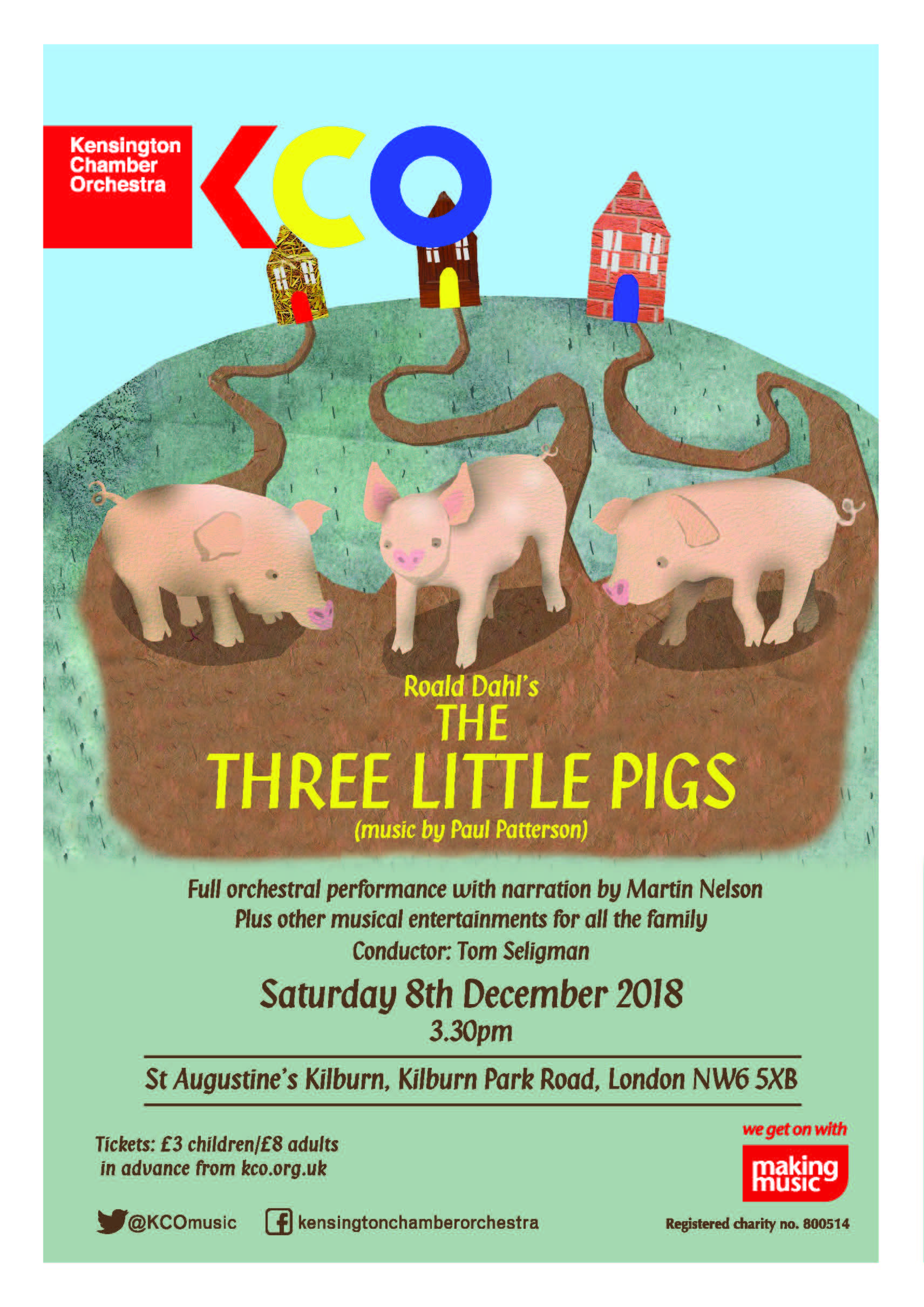 I am delighted to be narrating the Three Little Pigs in Paul Patterson’s orchestral version of Roald Dahl’s acerbic version of the fable, with the Kensington Chamber Orchestra conducted by Tom Seligman.

The piece is by way of a sequel to Paul’s Little Red Riding Hood, and will similarly provide some Dahlian (there should be such an adjective, surely) acidity before children’s teeth get over-sweetened in the festive season.

So come along to St Augustine’s with your Dahl fans if you are free. The concert lasts an hour, and will involve some “meet the instruments” activity at the end, I’m told. The KCO was founded in 1936, by the way, and is one of London’s oldest and most respected amateur orchestras.

Finally, the venue should be a draw in itself; St Augustine’s is known as the “Cathedral of North London”, a grade 1 listed pinnacle of Victorian Gothic revival architecture. It’s a short walk from Kilburn Park on the Bakerloo line.