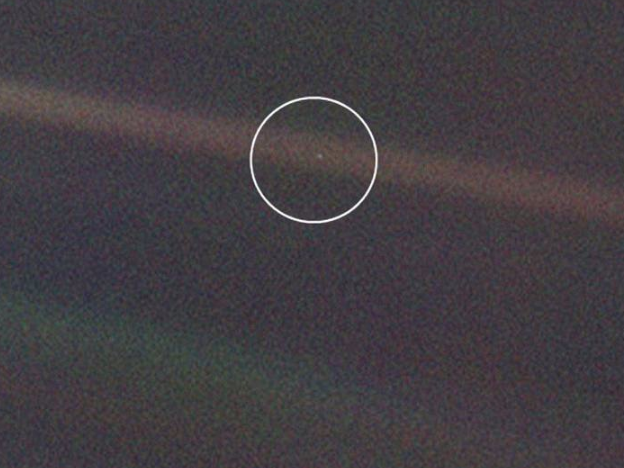 I was an ‘arty’ interloper at the March for Science on April 22 (Earth Day), where proceedings and speeches in Parliament Square were concluded with a homage to Carl Sagan. Those scientists hold him in special regard, clearly.

If there is something mystical about what he had to say about the Pale Blue Dot back in 1994, it is the mysticism of clarity. He expressed, clear-eyed, the truth and beauty of our existential reality across the (measurable) vastnesses of space.

‘...To my mind, there is perhaps no better demonstration of the folly of human conceits than this distant image of our tiny world. To me, it underscores our responsibility to deal more kindly and compassionately with one another and to preserve and cherish that pale blue dot, the only home we’ve ever known.’