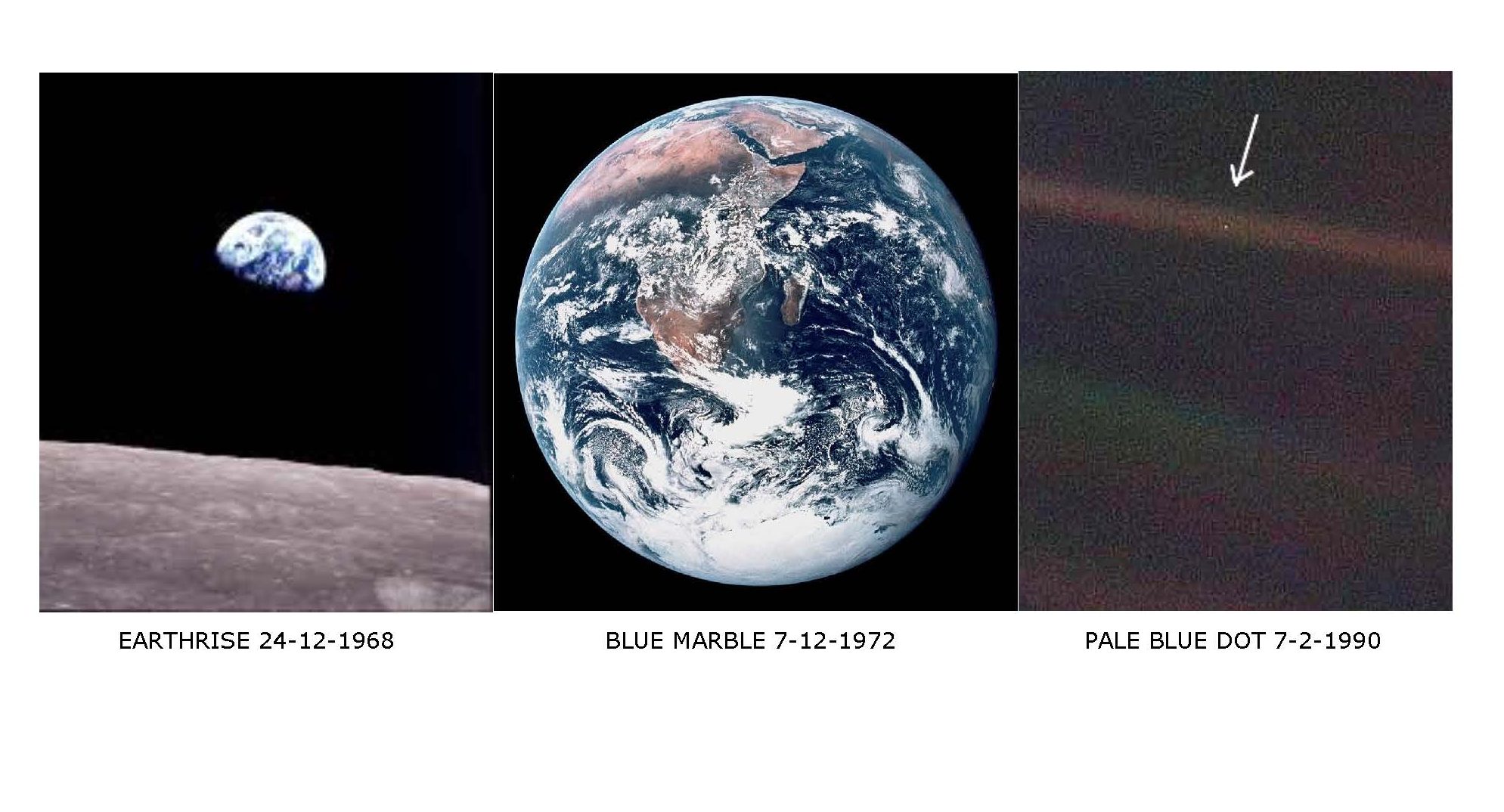 Equinoxes are the ideal time to exercise the habit of zooming out into space and back in our imaginations. It’s a good, humbling way of sensing our interdependence, of our equality-under-the-sun. This is from a reading given at St Clement Danes Church, London, in the 2018 Christmas Concert of the young choir Coro.

Apollo 8 was the first manned spacecraft to leave Earth’s orbit and head up and out into deeper space. The astronauts were Frank Borman, Jim Lovell and Bill Anders and they orbited the moon ten times during December 24, 1968. On the fourth pass, at 4pm GMT, as they came round again from the dark side of the moon Anders saw something emerging from below the lunar horizon:

Anders: Oh my God! Look at that … over there! There’s the Earth coming up. Wow, is that pretty.

Anders: (laughs) You got a color film, Jim? Hand me that roll of color quick, would you… Oh man, that’s great!

The picture Anders took on that Hasselblad is now known as Earthrise. It’s the first colour picture of Earth suspended in the blackness of space. From that moment we had an indelible image that lets us imagine – lets us see – our home planet “as whole, and round, and beautiful, and small.” (Archibald Macleish)

Earthrise gives us something tangible upon which to hang notions of global interdependence and our duty of stewardship for the future. Now, we, like astronauts, can zoom out into space and see our planet from afar, where boundaries and petty divisions disappear. The One World Era has begun.

But Earthrise was just the first of three wonderful One World images from the last century; they make a triptych, if you will.

On December 7th 1972, during Apollo 17’s last manned moon mission, at 5 hours after launch and from a distance of 18,000 miles, a photo of a slightly gibbous Earth was taken. It’s the first of only a few images we have, and the last taken by human hand, of the fully illuminated planet. It is known as the Blue Marble, and if anything it has become an even more reproduced and powerful symbol of our home’s frailty, vulnerability and isolation amid the vastness of space.

Then on February 14th 1990, at 3.7 billion miles from Earth and over 12 years after it’s launch in 1977, as it hurtled at 40,000 mph into deep space, the robotic Voyager 1 was instructed by NASA to turn its camera backwards from whence it came. At this distance, the image of Earth is less than a pixel in size. This is the famous Pale Blue Dot.

The Apollo 8 astronauts have said in subsequent interviews that poets should have replaced them on their mission. The Pale Blue Dot photo was taken at the request of the great science communicator Carl Sagan, and his 1994 speech about that image is justly famous – and poetic. In it he expressed, clear-eyed, the Truth and Beauty of our existential reality.

Earthrise, Blue Marble, Pale Blue Dot. These images may mark the moment when we began, as Al Gore said in 2007, “to unleash the moral imagination to see ourselves as a single global civilisation”. A new dawn then: Earthrise indeed. And fifty years ago next week…on Christmas Eve.

These are Carl Sagan’s closing words:

…To my mind, there is perhaps no better demonstration of the folly of human conceits than this distant image of our tiny world. To me, it underscores our responsibility to deal more kindly and compassionately with one another and to preserve and cherish that pale blue dot, the only home we’ve ever known.