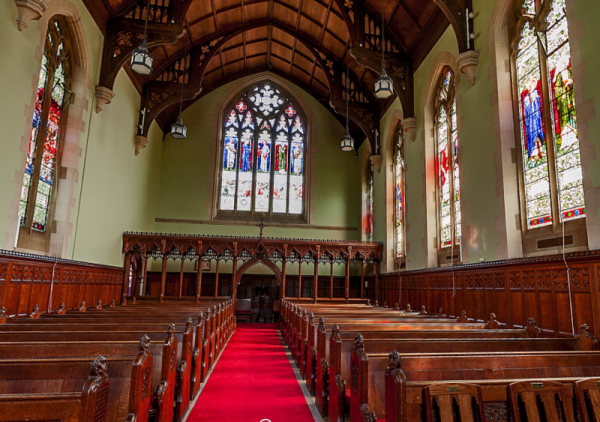 This recital was an invitation from Harris Manchester College Oxford*. My old friend Peter Crockford accompanied, as did my son Oliver for a couple of items. Oli was a student at neighbouring Wadham College and we were repeating our partnership at the funerals that inspired the occasion.

First, we played at the funeral of my dear sister Jane, who died from a riding accident the year before. Less traumatically, we repeated our contribution at a later memorial service and celebration for her life – Nat King Cole’s Unforgettable and the Schubert song Litanei. Then in September 2018 we performed Litanei at the funeral of my old school music teacher, Roger Williams.

Roger was a charismatic teacher who prepared me for the choral awards at Cambridge, and at his wake I met school friends old and new, including John Dunston, Music Fellow at Harris Manchester. The first item was from an old roneo copy of a Handel aria lain idle for over half a century that Roger selected as my audition piece. The occasion was by no means funereal, however; on the contrary, the final items had sing-along choruses…

*The stained glass windows of this lovely chapel are by Edward Burne-Jones and William Morris.