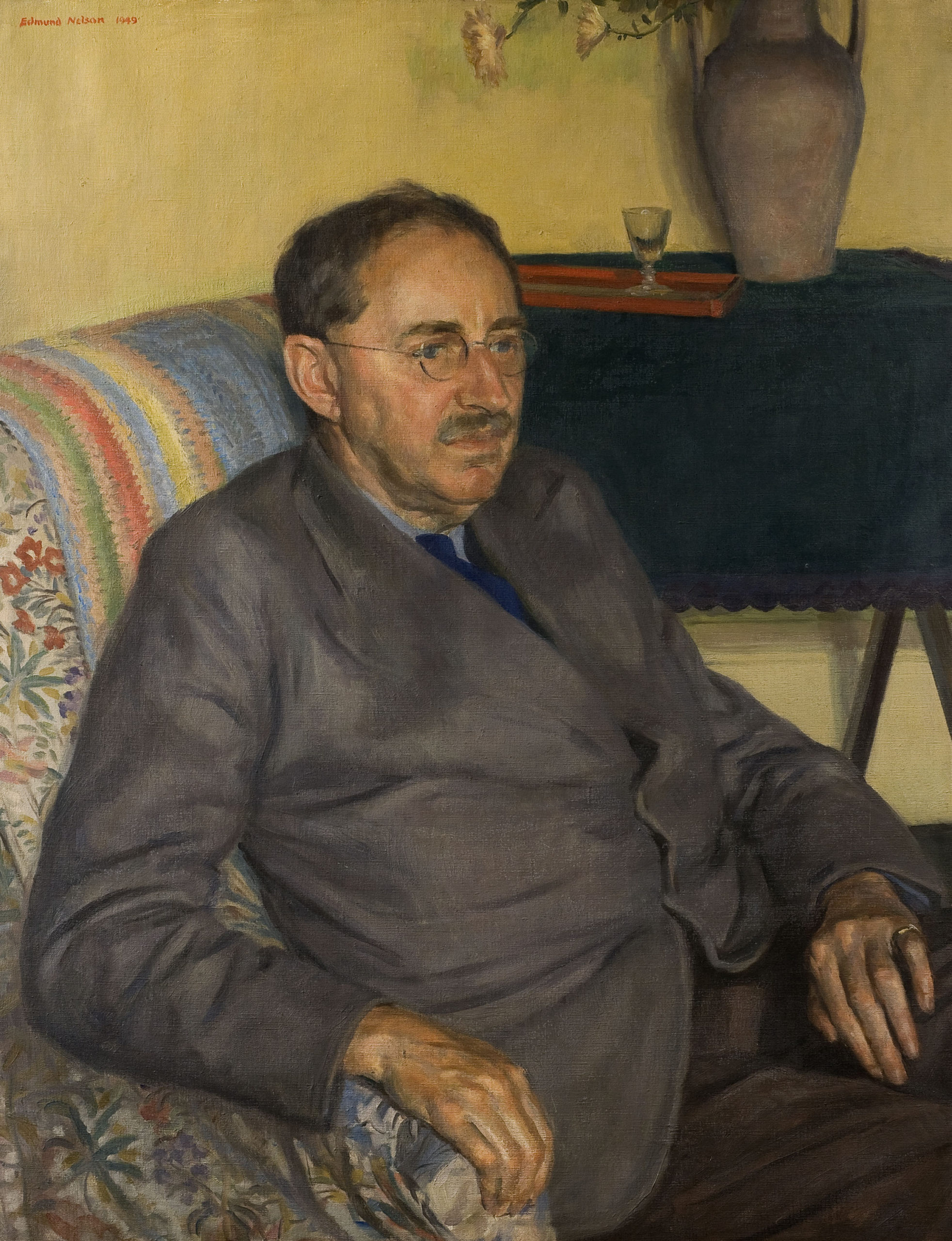 I am in the crew of the new production of Britten’s Billy Budd at the Royal Opera House, but a bit of personal history links me to the creative gestation of the piece. Maybe. Anyway, it’s an interesting story, worth sharing. It goes like this (with apologies for some serious name-dropping…)

Herman Melville spent five years at sea, 1839-44, and these experiences informed his later fiction. The year before Moby Dick he wrote White-Jacket (1849), which semi-autobiographically chronicled life aboard an American Navy vessel. The unflinching portrayal of flogging was instrumental in its abolition in the U.S. Navy forever. Melville scholars also acknowledge the huge number of parallels between White-Jacket and Billy Budd and view the former as a rich source for possible interpretations of the latter.

T E Lawrence – Lawrence of Arabia – retreated into anonymity after his fame during the Arab Revolt of 1917 by enlisting as Aircraftman Ross at RAF Farnborough in 1922. Here he met Jock Chambers, who in a reversal of their rank was his unofficial batman, and the two became firm friends, despite the social and formal educational gulf between them. Jock features often in Lawrence’s collected correspondence. Lawrence gave Jock a copy of White-Jacket; as I recall it, Jock said that Lawrence/Ross was a proselytiser of Melville, that book in particular, and often gave it as gift.

Time to bring in my connection to all this. My father Edmund Nelson painted the official portrait of EM Forster for King’s College Cambridge in 1949. They got on well, and talked about Melville during sittings, for they were both admirers of his books – and Melville will have been in Forster’s mind at the time. But Edmund also knew Jock Chambers from before the (Second) war, and I vividly remember him from my early childhood growing up in Wembley.

He was full-bearded and toothless, and used to turn up unbidden on a Sunday afternoon, letting himself into the back garden, greeting me with a cheerful, masticated “Hello, dear boy!” He rode a tricycle, and periodically shared a home and some of his life with his artist wife Athene, but seemed to be happiest on the move, youth hostelling and camping. She was a balletomane, and sketched dancers here at the Opera House. 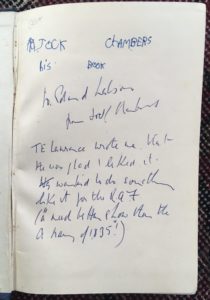 This is the dedication page in the copy of White-Jacket Jock gave to my father in the 50’s, in continuation of Lawrence’s tradition. His poor quality signature is evident, and my father’s fist takes over:  To Edmund Nelson from Jock Chambers. TE Lawrence wrote me, that he was glad I liked it. He wanted to do something like it for the RAF (“a much better show than the A Navy of 1835!”)

Lawrence and Forster corresponded much in the 20’s and 30’s; I’m sure Melville must have featured in their letters or in conversation. And then, just when the portrait was being painted, Forster and Britten were in conversation about collaborating on an opera. Billy Budd, with a libretto by Forster and Eric Crozier, premiered in December 1951.

Melville – the charismatic and enigmatic Lawrence of Arabia – Forster – Britten. It’s a possible thread of connection, and certainly part of the fabric of friendship and affinity that led to an operatic masterpiece. And my father and his pal Jock were bit-part players in that. Meanwhile, I’ll keep my head down, and holy-stone the decks with my sea-mates on Tuesday’s opening night.