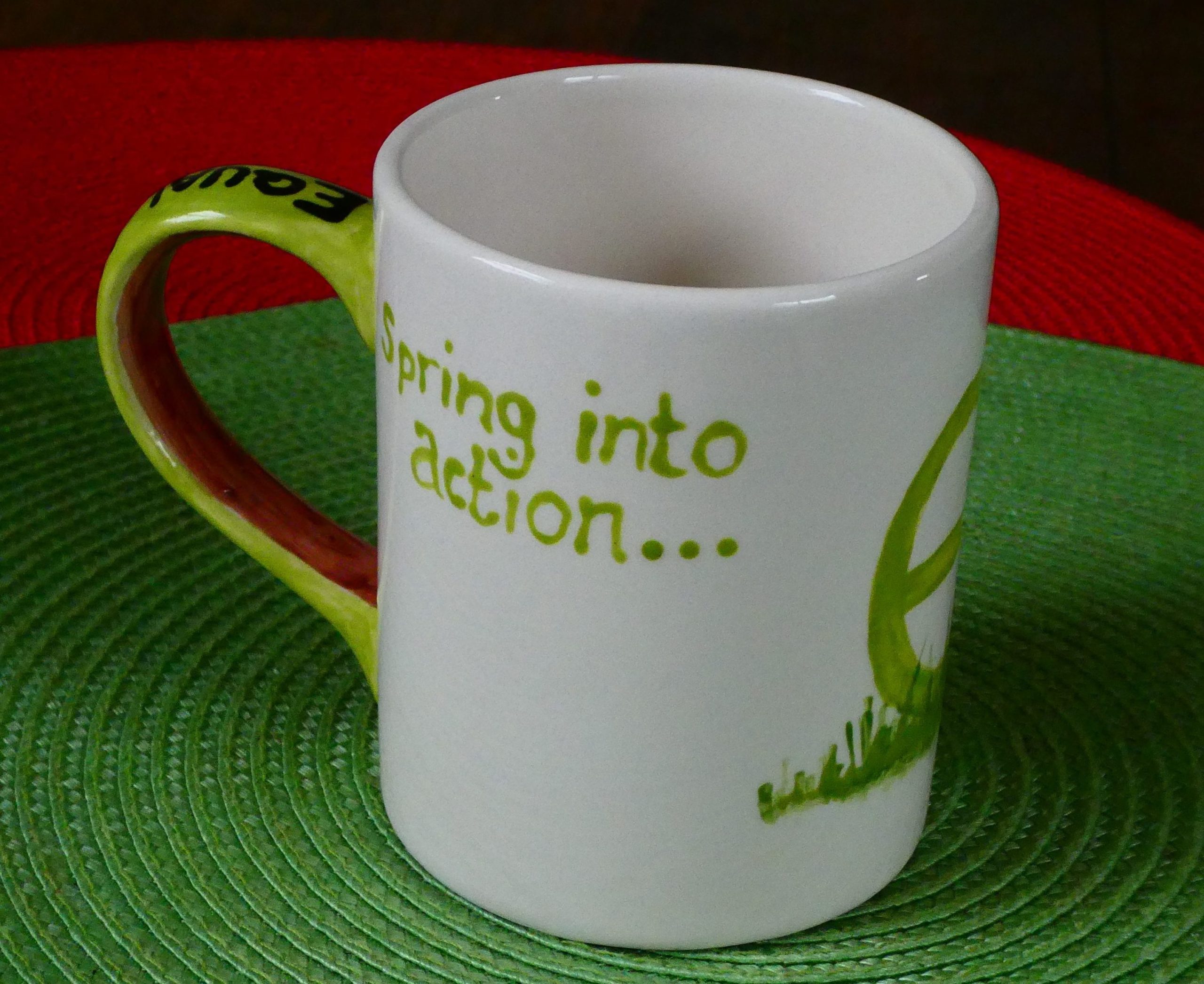 So we spring forward this weekend into British Summer Time. Lose an hour’s sleep, but gain lighter evenings. Great! But if equinoctial logic had been applied, it should have happened a month ago and significant energy (and Vitamin D) would not have been wasted.

Because most of us have been sleeping through increasing amounts of daylight through these March mornings; that’s bad for our Circadian Rhythm, bad for global CO2 emissions – and a good example of how equinoctial logic can be applied to rectify. We should also spring into action¹, eQ argues – but that is dealt with elsewhere

That’s it for now, but Daylight saving is an interesting, surprisingly complex and contentious subject. I am certain the eQ solution is the best-fit, most logical way to organize our life in mid- and polar- latitude countries (that’s most of the Northern Hemisphere landmass…), so this topic will be revisited.

¹The mug is the handiwork of my daughter Imogen