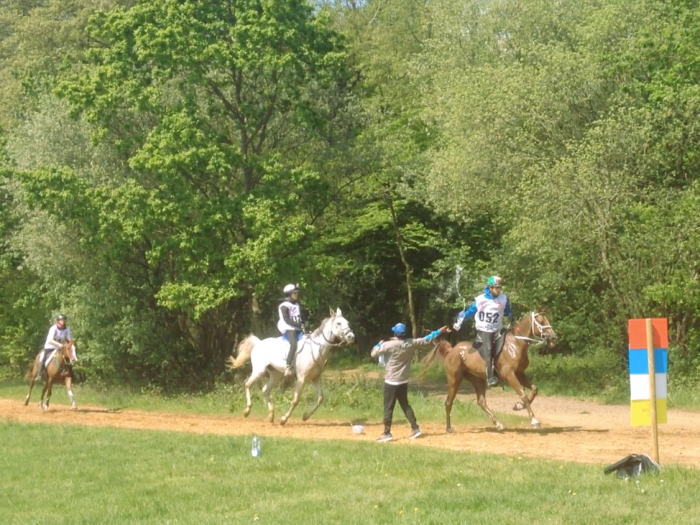 A year ago I came across this extraordinary event – part of the Royal Windsor Horse Show. I had decided to cycle ‘off piste’ deep into the Great Park, following some new signage. An event was clearly afoot, and intriguingly, every 100 metres or so beside the track was a young man armed with a few large bottles of water. What was going on? It was only at this point, near the polo ground (and back on the C25), that I caught up with the action and with the aid of a bystander unravelled the mystery.
Clearly a race was in progress, and he explained this was the 120km Endurance race, part of an international series, and these tiny Arab geldings were bred for stamina. And how! The race was in four 30km quarters with three intermediate stations where the horses were checked over and their heart rate monitored by vets. Only when satisfied that they were sufficiently recovered could they continue. Amazingly the lead horses (mostly from Bahrain and UAE) were able to stop for just a few minutes before resuming, and the winner that day completed the course in 4hr 41min; that’s an average 25.6kph including pit stops!

So what of the mystery water carriers? Look closely: he is passing 2 litres to rider 52, who will shortly drench the horse’s neck  near the jugular vein to lower the blood temperature without changing cadence. I was on a lovely ride from Farnham Royal to Hampton, a mere 50km, and pedalled off towards Runnymede, suitably humbled.