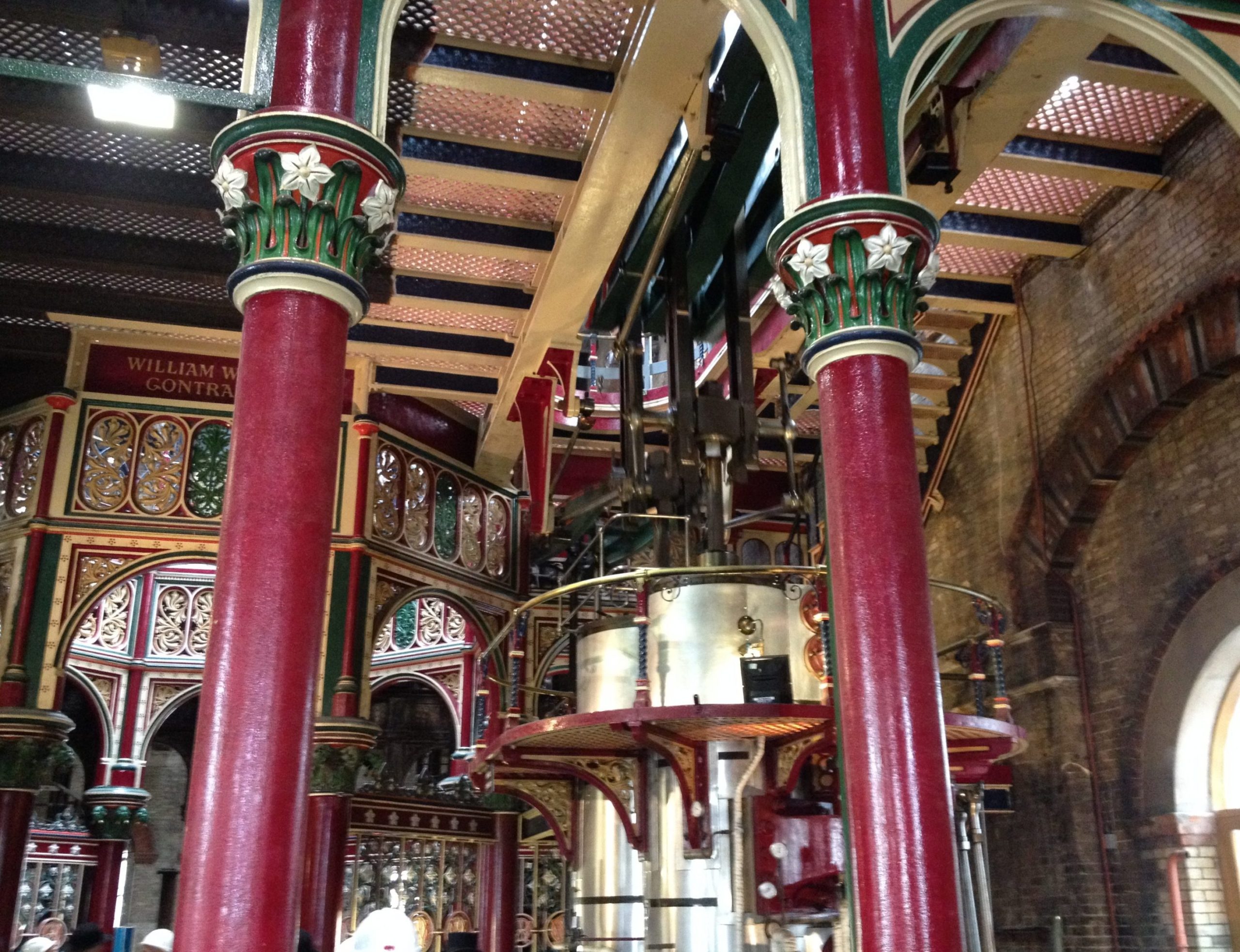 Here’s Crossness Southern Outfall Works again, this time featuring the wrought ironwork. Crossness and Abbey Mills (Arc 2) were known as the Cathedrals of Sewage – with good reason! Bazelgette’s investors needed proof that their money was being used on an important project. Rather than a tour of the sewers they could be shown the machinery at the surface. Crossness is perhaps the most startling discovery of my C25 explorations – the highlight of a fascinating estuarine ride from Woolwich to Erith. At the monthly Open Days the restored Prince Consort engine is in steam