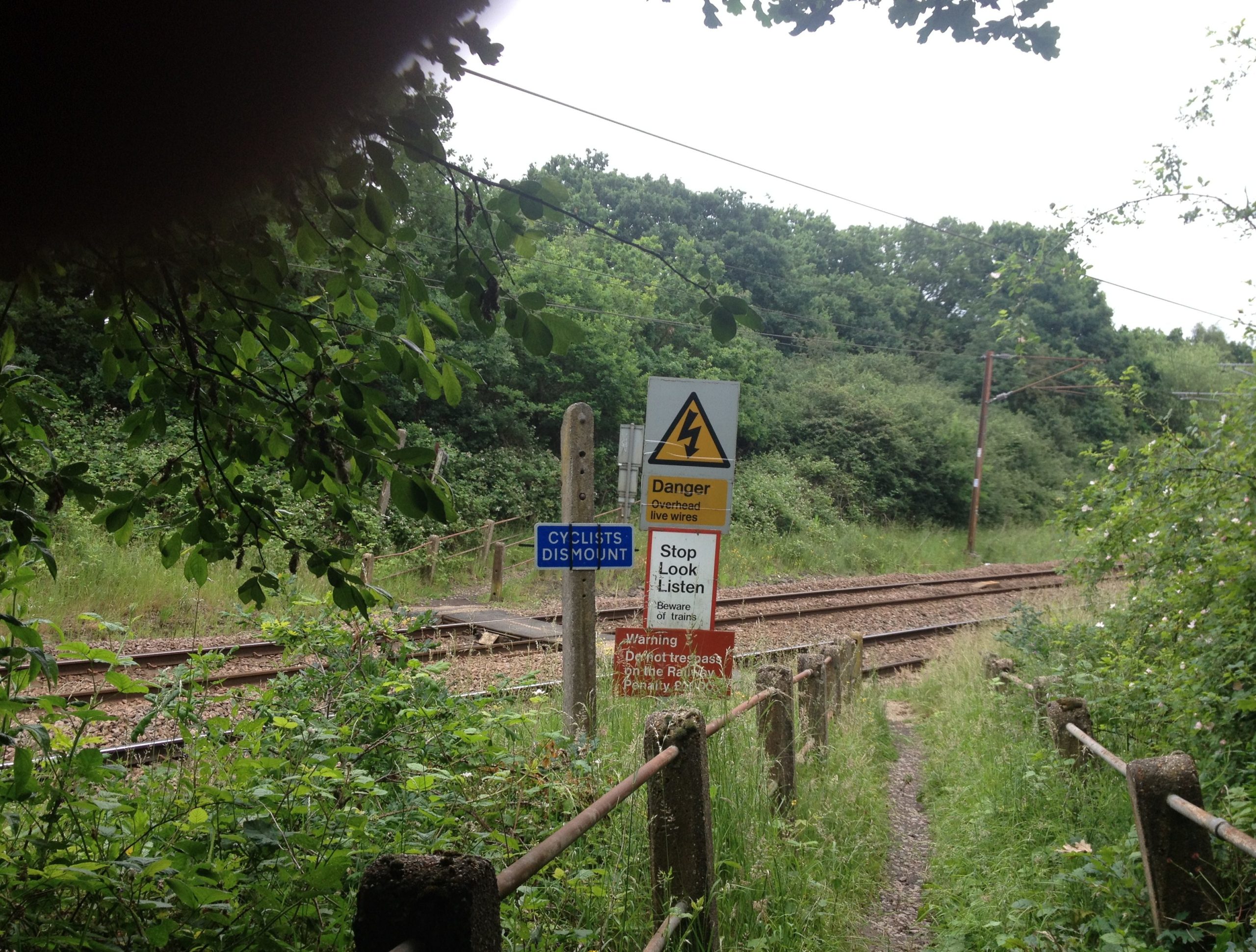 A year ago I was fine-tuning some routes. This eastbound spoke had followed a fairly busy road to Myddelton House and Turkey Street – until I tried turning west out of Crew’s Hill station to pick up a byway that requires this porterage across the railway. Thereafter the spoke joins the (incomplete) NCN 12 on a newly engineered track shared with the London LOOP footpath down Turkey Brook in lovely parkland. More porterages ensue over two footbridges, so it is a route where infrastructure improvements are suggested, but it is an enjoyably rural ride in a largely urban environment to the C25 ‘hub’ at Enfield Lock.