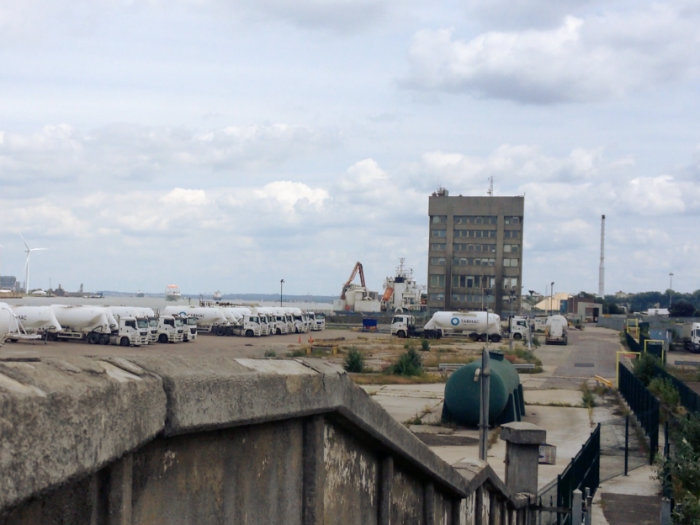 The task in June-July 2016 was to recce the Spinoff cycle routes, and this is an intrepid moment in the journey from Dartford to Gravesend – which I had previously reached via NCN1 alongside the 8-lane A2. Not a pleasant experience and rejected as unworthy of the C25, but this spinoff route, keeping as close to the Thames as possible, is a corker.

It took a couple more passes to finalise the route as it is a patchwork of fully engineered and signed cycleways and sections such as this through a cement depot which await full adoption. Eventually – soon I hope – the investment will be made to complete a NCN-standard London Gateway route through (westbound) Ebbsfleet, Botany Marsh, Swanscombe peninsular, Greenhithe to the Dartford Bridge.

Here we are at Northfleet looking east down the estuary towards Gravesend and Tilbury on the north bank, but the route is best experienced in reverse, as if approaching the capital from Dover (by bike) or from the sea (by ship). It’s a dramatic, intriguing and adventurous journey, as unexpected as any C25 trip.