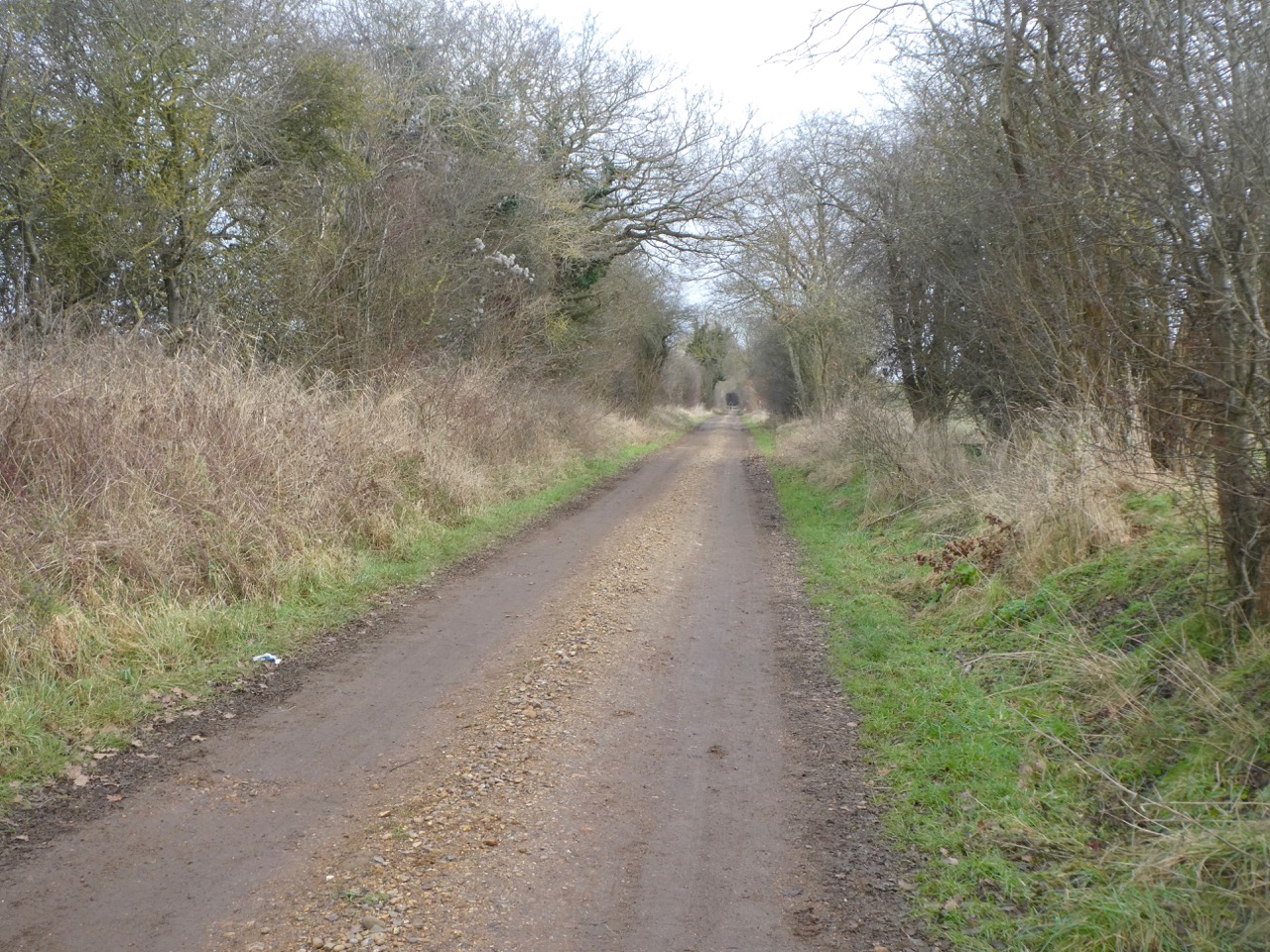 … with the bonus discovery of a two mile stretch of private – but available – rail trackbed up the River Ash valley towards Much Hadham. Like the discovery of sections of abandoned road that connect up the network elsewhere, this was an exciting find. Mapping can reveal much, but only reccying can confirm or reject a route. All in all a lovely ride in four contrasting sections – and an important connector towards Cambridge on NCN 11. 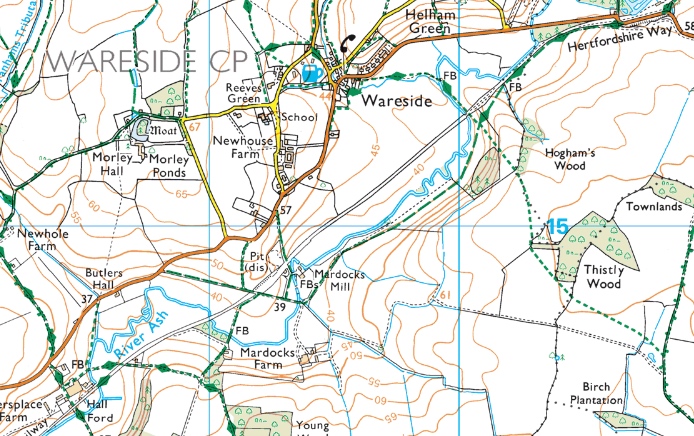 I had tinkered with CyOrb in November 2020 by adding a new Spinoff 11 to link to NCN 6 at Leighton Buzzard, retaining the original as Spinoff 11b. That exposed another under-served area the other side of ’12 o’clock’ – the fine countryside of NE Herts. Spinoff 1 restores symmetry, but more importantly links to both Cambridge and also NCN16 to Braintree on excellent largely offroad routes. The original is now Spinoff 1b, largely shadowing NCN1 to Moreton, and in CyOrb terms largely a component of Spinoff 1-2-3, the Essex Outer Arc from Hoddesdon to Rainham.

The 20-mile ride itself is in four sections: River Lea north bank via Bengeo and Ware; lower River Ash to Hadham; upper River Ash; then minor lanes eastward from Upwick to Stansted Mountfitchet.

1] Starting at Hertford North station the river Lea/Lee is crossed immediately. There is a shared use footpath climbing Hartham Bank park (care and courtesy) to Bengeo’s charming Norman church, then a descent back to the Lee Navigation, past the atmospheric remains of Ware Park’s water mill complex. Over the water lies Arc 1 as it passes the abstraction point for the New River – the 17th century canalised water supply for London; this route climbs up to pass over the A10 Ware bypass and enter the town via Glaxo Smith Kline’s research facilities.

2] After Ware’s charming town centre the route climbs out of town up over a bluff above the River Ash (panorama!), then down to the valley, where at Easneye Farms the trackbed of the old Ware to Buntingford branch line awaits. This is the private track stretch, open and welcoming at both ends. Enjoy (respectfully) I say! The rail line continues towards Hadham, and mapping suggested it was cycleable on bridleways, but the recce confirmed otherwise; you must climb out of the valley through Widford, but on descent there’s a second mile-long section of fine offroad byway in woodland on the margins of the Ash valley. Above the valley in Perry Green, by the way, is the Henry Moore Sudios and Gardens. 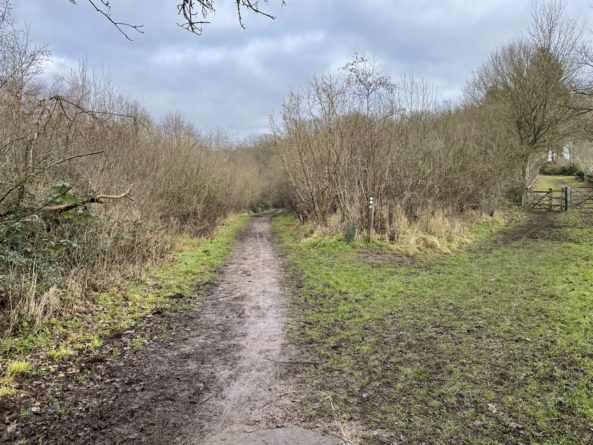 3] Rejoining the road you pass into Much Hadham via a ford. The back road takes you past the fine church, but bypasses the main street with its wealth of attractive housing – sadly part obscured by parked cars. Much turns into Hadham Ford then Little Hadham, recently bypassed by the A120, which is crossed before the Ash valley is finally abandoned. 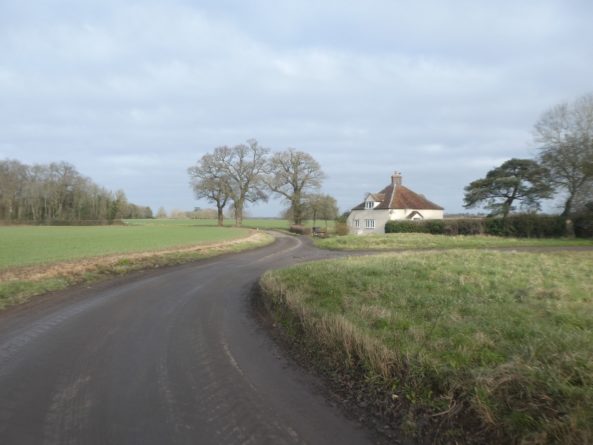 4] The rest of the route is on very quiet minor roads through pleasant farmland, with occasional pargetted or half-timbered and thatched farmhouses. There are junction points before Stansted Mountfitchet to pick up NCN 11 to Cambridge northwards, and shortly after for Birchanger and NCN 16 eastwards to Braintree. The spinoff destination however is Stansted Mountfitchet itself; there is a final reward of passing an excellent windmill on the edge of town.