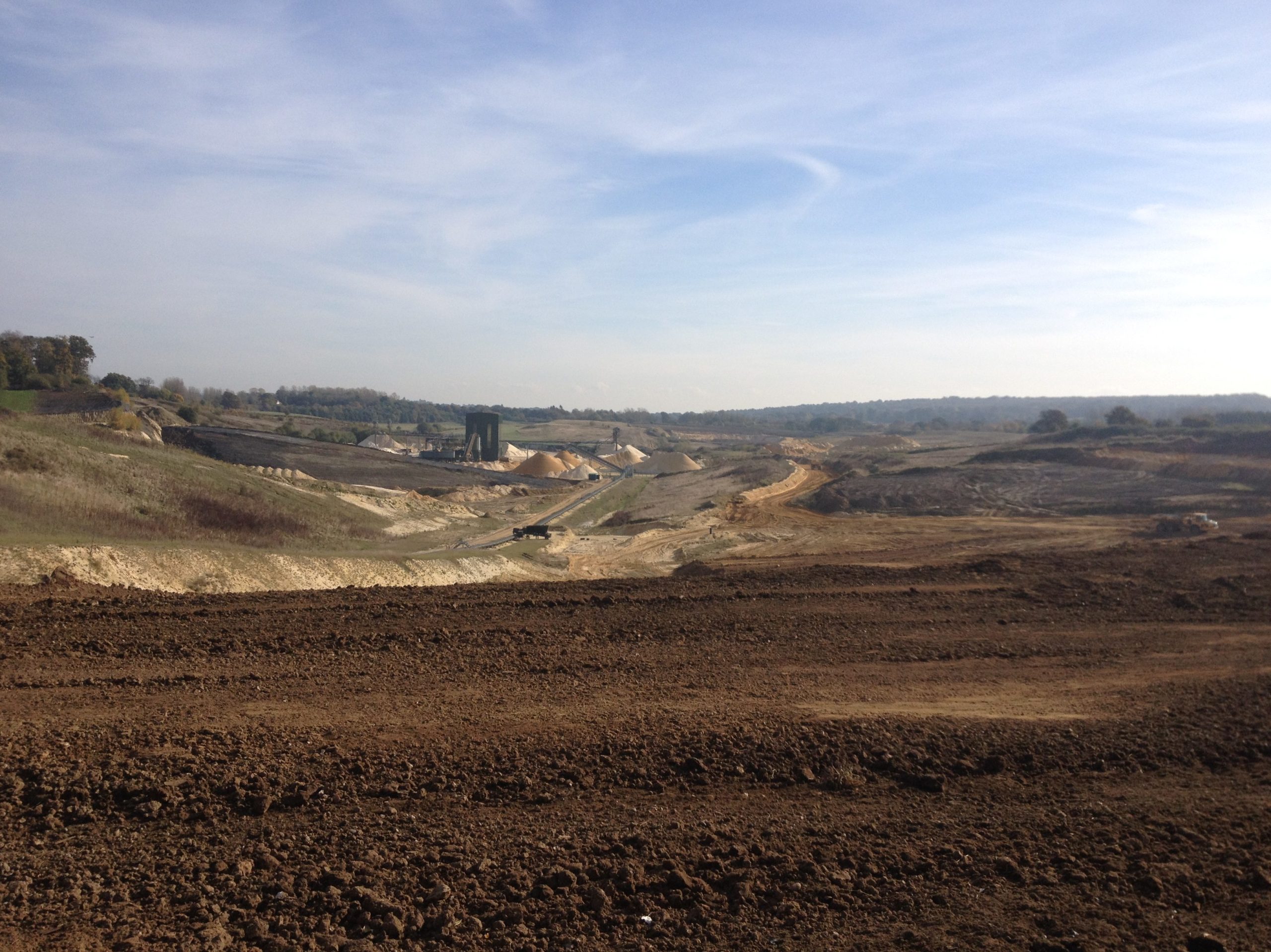 As with the last post, C25 pleasures can come from industrial discoveries. This was the day I checked out Spinoff 6 to Gatwick Airport, starting from Caterham. The descent from the Downs is via a delightful bosky drovers track, but after passing under the M25 at the foot of the scarp, NCN 21 must skirt round this large quarry, recently extended westwards. The product of North Park Quarry is silica rich sand for glass and other high-end uses – which is why planning permission was granted within the Green Belt; it is one of three UK quarries capable of providing sand of such high quality.

Geologically, you will be surprised to hear this is Greensand. Indeed some of the Lower Greensand series can indeed have a greenish hue; not so the Folkestone Beds, as here, which are of such friability that they barely classify as rock – and on their namesake coast are very susceptible to landslip.

As to the rest of the ride that fine autumnal day; apart from a brief passage through Redhill (offroad), and despite running parallel to the Brighton Line, it was a pleasantly rural and mainly offroad run, which made the final destination INSIDE the Arrivals Terminal (South) at Gatwick all the more startling!

The day’s highlight was discovering Woody’s wonderful cafe at the end of the footpath under the railway at Horley, complete with its helpful sign for cyclists – London 46km N, Paris 458km S. But that deserves a blog of its own.