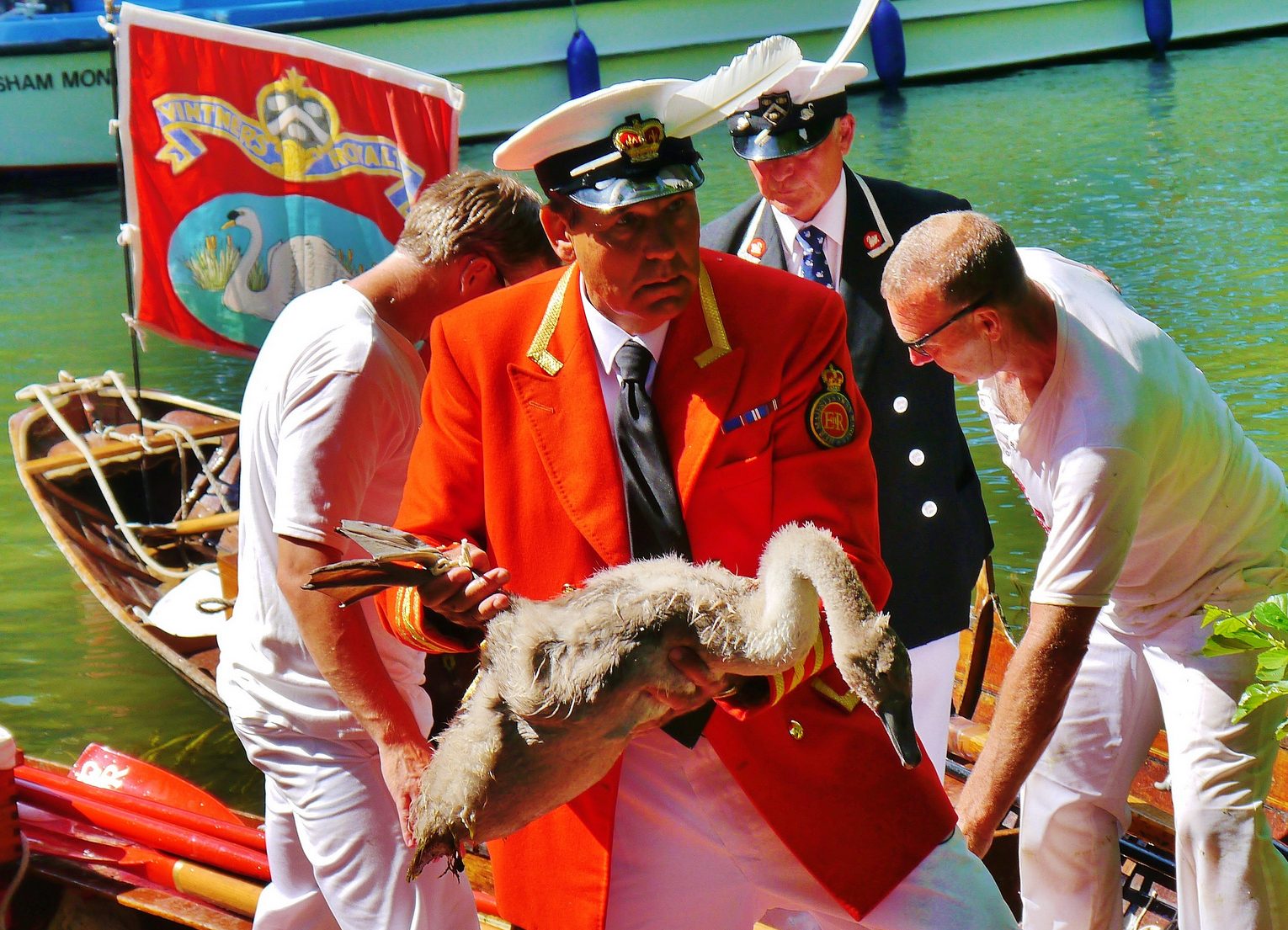 Not from the archives this week, but hot off the press after a lovely ride from Hampton on July 17 up the Thames north bank through Sunbury, Shepperton and Laleham to catch up with the Swan Uppers at Penton Hook. Swan Upping takes place on the third week of July every year, and dates from the twelfth century, when The Crown claimed ownership of all mute swans which were considered an important food source for banquets and feasts. Today The Crown retains the right of ownership of all unmarked mute swans in open water, but The Queen mainly exercises this right on certain stretches of the River Thames. Since the fifteenth century this ownership is shared with the Vintners’ and Dyers’ Livery Companies. The swans are counted but are no longer eaten.

The Sovereign’s Swan Marker’s duty is to count the number of young cygnets each year and ensure that the swan population is maintained. The cygnets are weighed and measured to obtain estimates of growth rates and the birds are examined for any sign of injury, commonly caused by fishing hook and line. The Queen’s Swan Warden, Professor Christopher Perrins, whose role is scientific and non-ceremonial, produces an annual report after Swan Upping detailing the number of swans, broods and cygnets counted during the week.

We watched while a one child family was captured, ringed and weighed on the far bank – and the delightfully colourful and eccentric flotilla moved on upstream. I cycled back, taking advantage of the ferry service at Shepperton to cross to the south bank, picking up Spoke 6 for Hampton Court. You can catch swan upping while riding Spoke 6-7 link, Arc 9 and Spinoff 9.