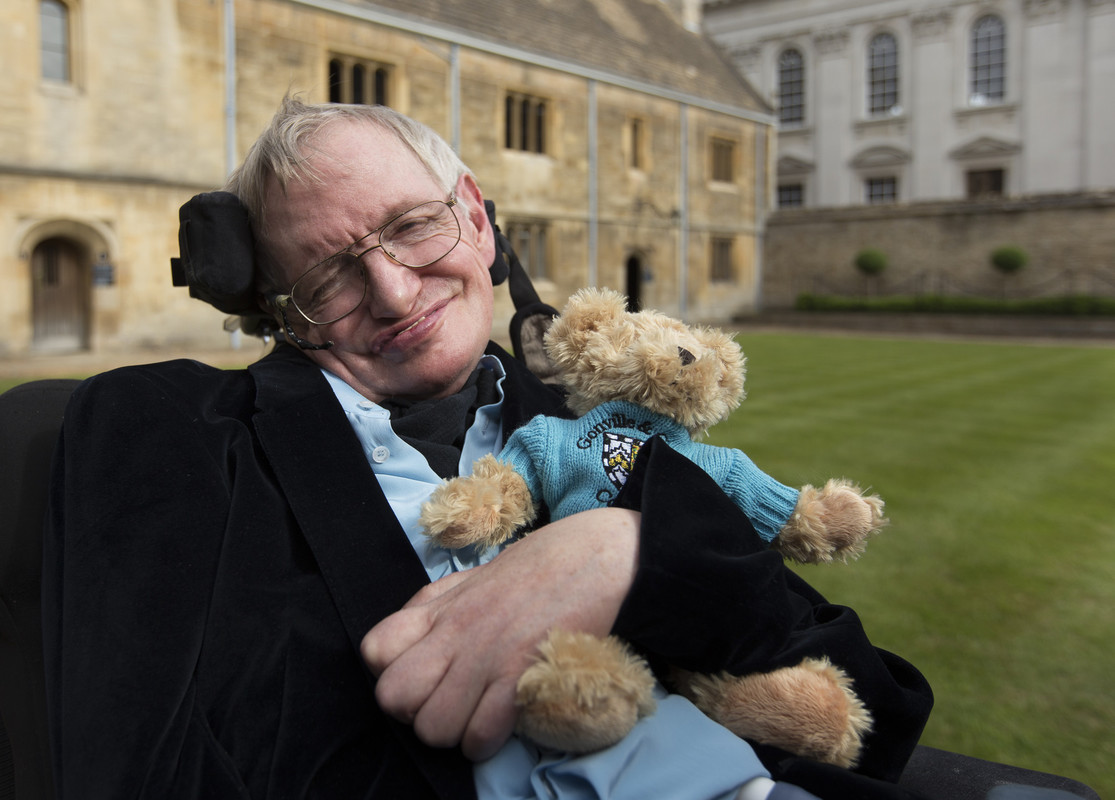 This is a memoir from 2017; an excursion into time, space and music…

Stephen Hawking is 75! Indomitable doesn’t come close to describing his life. He became a research fellow at Gonville and Caius College, Cambridge shortly before I joined as an undergraduate in 1967.

By then he had already outlived the prognosis of his first diagnosis, in 1963. This is a promo video of Caius choir’s birthday tribute; the full piece is here. I remember him coming into Hall, walking shakily and supported by two colleagues, but it was not long before he was a familiar sight crossing the Backs in his iconic wheelchair.

Much later, in November 2013, I was a Grail Knight in Stephen Langridge’s new production of Wagner’s Parsifal at the Royal Opera. Sharing a coffee before the dress rehearsal Langridge mentioned that opera guide publisher Gary Kahn was bringing Stephen Hawking to the show. In the second interval I scanned the auditorium and located him and his small entourage in the Royal Circle preparing for Act 3 (he’d stayed the course – Langridge thought he would only do one act).

I seized the moment, introduced myself, and Gary told me to have a chat (i.e. monologue). I’m sure Prof Hawking twinkled at my tale of being a Grail Knight and Caius contemporary, so I went on to explain EQ as succinctly as possible, and included a joke about Raum und Zeit (Space and Time)*. Another twinkle or two, so just enough detail, but in the circumstances not too much…

I followed up with an email to Gary to capitalise further:

I finished off: ‘Finally, to complete the record of our conversation, the Grail Knight you met was once a choral exhibitioner and a lone Geographer at Caius, 1967-70, a year after Stephen became a Fellow. Cosmic music and cosmic geography…it all links up!’

Unfortunately, this was when the filming of The Theory of Everything was in full swing, followed by its promotion, and that was that. The opportunity for follow up was in any case diminishing, and having defied the odds for half a century, Stephen died on 14th March 2018.

*You see…here Space becomes Time. Parsifal, Wagner’s last opera, is a long haul. The first musical phrase takes a couple of minutes to complete its arc; time and space – and Mitleid (compassion) – are major themes. The quote comes an hour into Act 1, when the scene is transformed. You can see why the piece appealed to Prof Hawking…