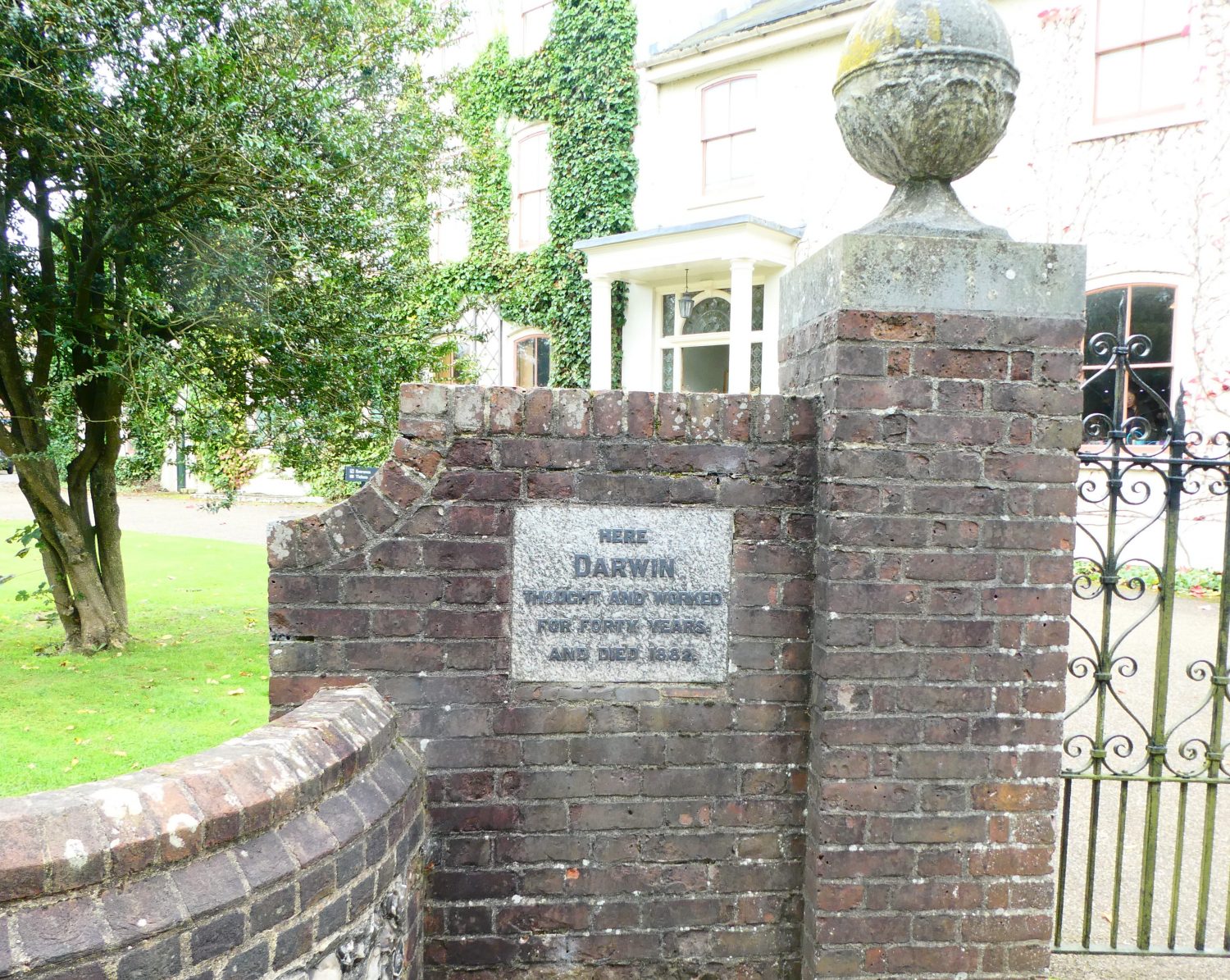 I chose to revisit rural Bromley and the Darent valley on a day off from a busy schedule at the Royal Opera, starting with Spoke 2, cycling up to Downe via Jackass Lane. First stop was a visit to Down House. Darwin’s home is no perfunctory blue plaque landmark; On the Origin of Species

was born here, where work, family life, thought and ill health intermingled for over half of his life.

As with Newton’s Woolsthorpe Manor (yes, the apple tree is there), you could make a case for this to be one of the important sites of human history. His study is moving to visit, but the garden and grounds are every bit as significant, for this was the naturalist’s laboratory as much as the specimens and experiences brought back from the voyage of the Beagle. His last published work was on the humble earthworm, and the result of decades of thinking of their place in earth processes, both in garden-observable and geological time frames.

And beyond the garden lies The Sand Walk, Darwin’s thinking path, surely where the spirit of the man resides more than anywhere. He used to leave a pile of stones at one end kicking one across the path to record each ‘lap’.

I confess don’t normally think deeply while cycling; the rate of observation of the passing landscape is usually too rapid for inner cogitation. And then there is the matter of life preservation – but the great advantage of the C25 is that dealing with traffic is minimised, or eliminated indeed, over most of the system.

I cycled on up the eastern Spoke 2 variant – it’s hilly! – to Knockholt church, and then turned counter-clockwise, taking advantage of the brisk SW breeze on Arc 5 to Shoreham and then Arc 4 to Lullingstone, where there was just time for another quick English Heritage visit to the Roman Villa. Back to Swanley and a fast train to Victoria.  A ride with plenty of exercise, but more memorable as food for thought…